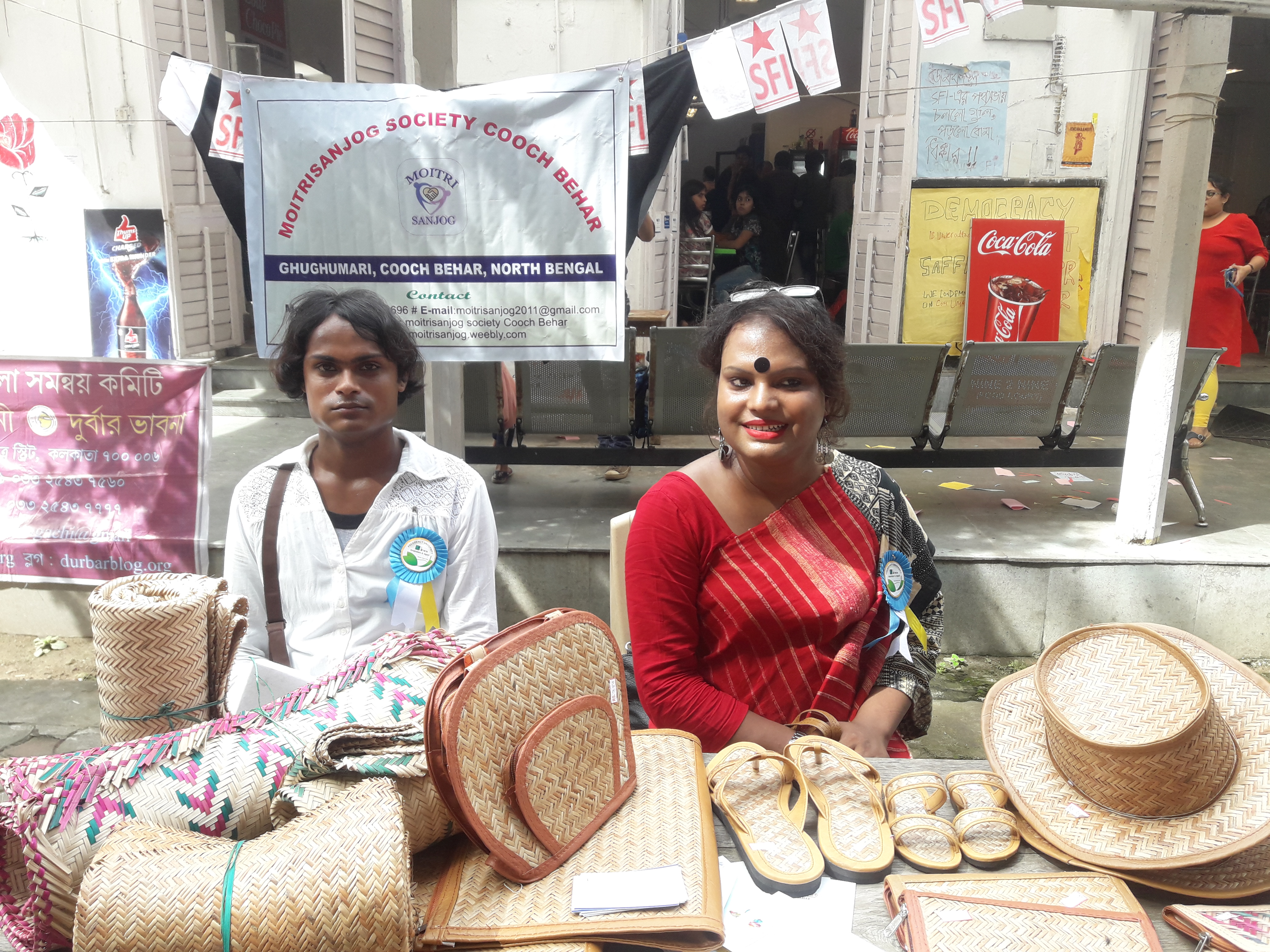 Moitrisanjog is a West Bengal-based community based organization working with persons from marginalized genders and sexualities to ensure equal opportunity to live a fulfilling life.

In 2009, an informal group of transgender persons and persons from other marginalized genders in the border district of Cooch Behar, northern West Bengal gathered regularly to share stories of their lives in order to find solidarity in each other and build community, and to collectively fight against the discrimination and violence inflicted on them. This solidarity group evolved into a community-based organization in 2011. For over a decade now, they have been working for the rights of people from marginalized genders and sexualities, including transgender people in Cooch Behar and neighbouring districts. Moitrisanjog not only raises its voices against the violence (mental and physical) faced by the community but also strives to ensure social and economic rights of the trans-kothi-queer community through various programs. Moitrisanjog Society provides a supportive network to ensure that everyone from the community gets equal opportunities, rights and entitlements to grow as a human being with dignity and respect.

India’s patriarchal society seeds toxic masculinity and heteronormativity, which subverts the rights of people from marginalized genders and sexualities. Moitrisanjog is committed to addressing the violence against the LGBTQIA+ community, specifically those who do not fit into the socially constructed gender binaries and heteronormativity. As resources and support for LGBTQIA+ communities are often geared towards urban, upper class, English-speaking persons only, Moitrisanjog’s work is particularly crucial. In their area of work, trans people and persons from kothi and hijra communities face tremendous violence and are not accepted in familial and other structures. They are targets of rampant socio-economic discrimination and are often left to engage in begging and sex work for a living.

Given continued oppression of the community on the basis of gender and sexuality, compounded marginalization due to the geography, and newer stressors due to the pandemic (i.e. loss of livelihoods) Moitrisanjog sees mental health as a continued priority area in their work. With MHI’s support, Moitrisanjog continues its outreach and support work with LGBTQ+ communities in northern West Bengal, including hosting safe spaces for community gatherings, and drop-in centers for community members to visit and access informal peer support, livelihoods activities/programs, free health services, and other psychosocial services by a social worker. The organization will also launch a helpline where community members in the region can call and receive psychosocial support from Moitrisanjog members. Core to Moitrisanjog’s work is its full-day community meetings which are localized to each block level. In these meetings, community members gather to discuss issues specific to the block itself, and engage on current issues such as the Trans Act, elections, and build their knowledge on affirmative vs non-acceptable mental health practices with a focus on marginalized genders and sexualities. Family members are also invited to these meetings, for family counselling and learning about trans and queer issues.

In addition, the project will have a sensitization and public education component, engaging students and the youth community, through workshops on LGBTQ+ issues.