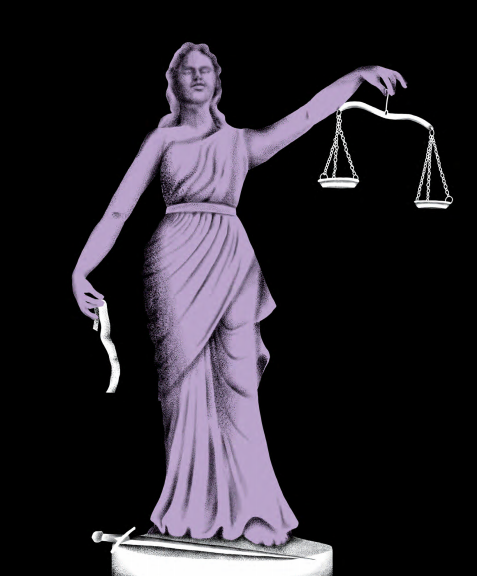 Project 39A is inspired by Article 39-A of the Indian Constitution, a provision that furthers the intertwined values of equal justice and equal opportunity by removing economic and social barriers. These are constitut...
Advocacy, Human Rights, Research

A critique of the excessively narrow approach of the law that takes into account only those mental illnesses that appear on the psychotic spectrum.

A chasm in need of a bridge

A convenient site for observing the care gap in the criminal justice system (CJS) is the prison, where an infrastructure for care already exists. However, any assumption that the CJS is accurately able to identify people with mental illness who are in need of care calls for closer scrutiny. The CJS for adults interacts with mental health most explicitly when assessing the fitness of the accused to stand trial, and when an accused takes the insanity defense. To a much lesser extent, it plays into the court’s discretion in deciding punishment, particularly the death penalty. At all these stages, however, the excessively narrow approach of the law takes into account only those mental illnesses that appear on the psychotic spectrum. As a result, other mental illnesses fall by the wayside, and thus go unaddressed. This points to a previously unexplored site that the care gap question needs to explore, namely, the court – along with procedural and substantive criminal law.

criminal processes, access to justice, and the care gap

Competence to stand trial, and the insanity defense, both revolve around the issue of capacity. Indian criminal law continues with its orthodox, allor-nothing approach towards gauging capacity – either the accused has capacity, or not at all – which also restricts mental health professionals (MHPs) from bringing to light the gradations inherent in mental illness. The rejection of a nuanced understanding of mental health results in the justice system’s inability to formulate appropriate responses, and a consequent care gap. Even within the little space that criminal law accords to mental illness, there are concerns about the system’s ability to identify it accurately. Unless these illnesses have previously been documented, usually through treatment, the system depends on judges and lawyers to identify mental illnesses and consider related issues. Not trained in the field, these interlocutors tend to rely on observable manifestations of “abnormal” symptoms – an understanding of mental illness that derives from popular depictions of “mad” people, and enters the vocabulary of the law. Add to this the fact that lawyers rarely meet prisoners to discuss their life histories, which would include histories of mental health.

Yet another barrier to identification is that the right to legal representation is understood in a limited way, as merely, access to a lawyer. Prison rules do not allow MHPs access to the prisoner, even if the MHP is part of the defense team. The defense, then, has little opportunity to introduce evidence of previously unidentified mental illness. This penalises, in particular, accused persons from socio-economically vulnerable communities who barely have access to mental health care and treatment and, therefore, may have no records of their illness. While this problem has recently found a solution in the context of prisoners sentenced to death, it remains a barely addressed issue otherwise.

This exclusion of MHPs practically ensures that the CJS is unable to identify persons with mental illness; let alone fulfill the goals of providing accommodation, support, and care. For instance, in one death penalty case in which Project 39A was involved, the prisoner’s mental health situation, possibly prevalent since childhood, was brought to light only much later in the judicial process. The prisoner had been taken to a faith healer for many years in connection with some “abnormal issues”, never receiving formal treatment, which meant there were no medical records. We were able to unearth the prisoner’s history of mental illness only after multiple meetings with him and with his family, and after consulting MHPs who had to provide their opinion based solely on the information collected by us.

prison and the care gap

A similar scepticism and lack of imagination is evident in the prison system as well. Prisons become receptacles for accused persons with mental illness who are neither diverted to mental health hospitals nor discharged into the community. Acknowledging that prison is a risk factor for poor mental health, the National Mental Health Policy (2014) recognized prisoners as a vulnerable population. The Mental Healthcare Act (2017) extends to prisoners the right of persons with mental illness to access quality treatment, and obliges prison authorities to ensure the fulfilment of this right.

Prisons, however, face a resource crunch with respect to the infrastructure for mental health treatment. In the mental health study undertaken by Project 39A, for which 88 death row prisoners were interviewed across Delhi, Chhattisgarh, Madhya Pradesh, Karnataka, and Kerala, many respondents reported a troubling lack of quality mental health treatment in prison.* The Prison Statistics India (2016) report also reveals that in many states there are either no sanctioned positions for psychologists or psychiatrists in prisons, or that sanctioned posts have not been filled. For instance, Maharashtra has eight sanctioned posts but only three have been filled. In the course of the study, we identified 30 death row prisoners with major depression, an overwhelming majority of who were not being provided treatment. Five of these prisoners went on to attempt suicide in prison. This reveals a fatal gap in timely identification and care of prisoners with certain kinds of mental illnesses that might have no observable symptoms – which, in turn, is likely to make the illness all the more debilitating.

It was only recently that the Supreme Court of India explicitly acknowledged the inability of criminal law to account for “broad-spectrum” mental illnesses, as a result of which prisons have ended up housing a large number of persons with mental illness. The Court commented on the “realities within prison walls”, and other factors inherent in prisons, such as overcrowding, lack of privacy, and inadequate healthcare facilities, all of which adversely affect the mental health of the prisoners, and may further exacerbate mental illnesses. This rare self-reflexivity by the Court indicates a growing awareness of shortcomings in the criminal justice system, and represents an opportunity to undertake a comprehensive investigation into the precise contours of the chasm between the fields of mental health and criminal law.

* The aim of the study was to inquire into the presence of mental illness and intellectual disability among death row prisoners. It also looked at the effects of living on death row on the mental health of the prisoners

“Prisons become receptacles for accused persons with mental illness7 who are neither diverted to mental health hospitals nor discharged into the community.”

Anup Surendranath is Executive Director of Project 39A and an Assistant Professor of Law at National Law University, Delhi, where he teaches courses on constitutional law, legal methods, jurisprudence, and comparative rights adjudication.

Maitreyi Misra, a founding member of Project 39A, leads its work on mental health and criminal justice. She assisted Senior Advocate Anand Grover in his work as UN Special Rapporteur on the Right to Health, and has worked with the Association for Civil Rights, Tel Aviv, as an International Law and Human Rights Fellow.