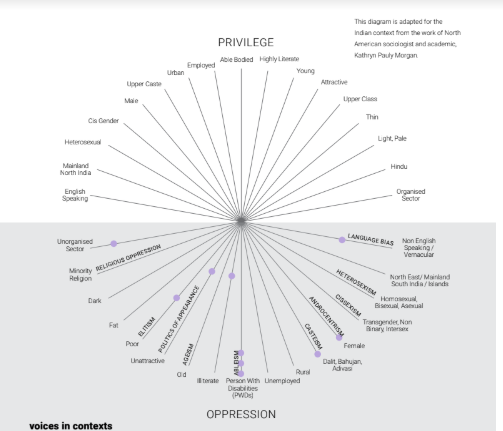 Anuhya Korrapati is an intersectional feminist, health economist (University of York), menstrual activist, and founder of BeyondBlood (An organisation that initiated menstrual-mental health movement by focusing on PMD...
Service Delivery

24 years ago, Bhargavi V. Davar wrote, “In the mental health scenario, professional and institutional attention has so far not focused on the mental health needs of Indian women.” In 2019, India is still held back in this regard by the old vulnerabilities, compounded by patriarchal households and a sexist medical community that hinder bodily autonomy and trivialize women’s experiences.* Premenstrual dysphoric disorder (PMDD) is a typical example. In 1994, PMDD appeared as a depressive disorder in DSM-IV (Diagnostic and Statistical Manual of Mental Disorders, 4th Edition) and, in 2019, it was classified under genitourinary disorders, as per the widespread consensus that the disorder is expressed in the brain but triggered by increased sensitivity/reactivity to normal hormonal fluctuations. PMDD is extremely undiagnosed in India, with not only the general public but the majority of doctors being oblivious to its existence.

An estimated 3-8 percent of women fit the criteria for a PMDD diagnosis, which means that approximately 2.216 crore women in India are potential PMDD sufferers – suffering in silence, and enduring failed treatments and mis-diagnosis. Suicide rates among Indian women are highest in the reproductive ages. While many complex biological, psychological, and social factors act as causal pathways, we do need to recognize that one of the dangerous symptoms of PMDD is suicide ideation, with almost 20% of women who suffer from PMDD attempting suicide.

The medical community’s apathy to women’s needs is not a new phenomenon; nonetheless, it remains utterly shocking. The erasure of women’s unique mental health experiences may be observed in biomedical research as well as in clinical practice. The persistent stereotype of hysteric, attention-seeking, exaggerating women has undoubtedly cost Indian women far too many QALY (quality-adjusted life years).

Historically, the combination of the pharmaceutical industry, psychiatrics, and gynecologists has medicalized women’s bodies – often through coercion, and manipulation of information. Meanwhile, even today, biomedical research predominately uses male subjects, arguing that the natural rise and fall of sex hormones in women’s bodies disrupt trial results. Should medications for any condition, that have not been tried on women, even be prescribed to and used by women? It would seem there is substantial reason to move away from hormonal treatments and SSRIs (commonly prescribed antidepressants) that further medicalize women’s bodies. Where do women’s health and well-being stand, in the patriarchal context? How do we provide mental health services to women with PMDD, without over-diagnosing them and without trivializing their menstrualmental health experiences?

We need to start by addressing the lack of medical discourse on menstruation and mental health. There seems to be a disconnect between understanding menstruation and holistic wellbeing. Both PMDD and PME (premenstrual exacerbation) have mental health implications that are specific to females, but are surrounded by a deafening silence that may be understood as deriving from the twin taboos of menstruation and mental health. Mental health concerns are still widely stigmatized, while menstruation is such a taboo that it is relegated to reproductive health even within the medical community. For instance, instead of PCOS (Polycystic ovary syndrome) being treated like the endocrine disorder that it is, it is treated as a fertility issue with the first line of treatment being a prescription of hormones.

Evidence indicates that more women report, and consult doctors for, both physical and psychological symptoms than men do. However, we have a disproportionate number of men as mental health service providers. Considering how PMDD manifests through both physical and affective/psychological symptoms, there is a need to encourage more women to enter mental health care occupations. In addition, there is a need for focused discussions on the menstruation-mental health link, along with inclusive menstrual health sensitization through sustained interactions on this subject. The label-oriented, isolating, drugthe-feelings approach of patriarchy will never replace the mental health that arises through women working together in community, and across differences. The only way to enable access and quality, and to curb gender-based discrimination, is a community-oriented approach where women have freedom to choose their treatment with full informed consent, along with the presence of peer support from other women diagnosed with the same condition. In fact, women diagnosed with PMDD often feel relieved with the diagnosis: knowing just what to expect in their menstrual cycles enables women to gain control over their lives – for instance, cognitive behavioral therapy has proven effective during the luteal phase.

Self-regulating techniques, peer-led support systems, and enabling families and partners to support women with PMDD will allow for long-term, sustainable treatment plans that help to demolish the treatment gap.

“India is still held back in this regard by the old vulnerabilities, compounded by patriarchal households and a sexist medical community that hinder bodily autonomy and trivialize women’s experiences”

*EDITORS NOTE: Data and research available on PMDD uses only the gender label of woman. We do not have the figures for trans and non-binary individuals in India who may experience PMDD. We believe more work needs to be done to explore how PMDD is experienced at multiple gender locations.